Atoms are made up of three basic particles: 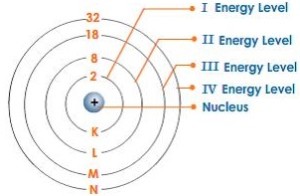 Electrons can be thought to be “orbiting” the nucleus at various energy levels (or known as electron shells).

Properties that you must know for p, n and e:

What does the numbers on relative mass means?

Some terminology that you need to know:

An atom is electrically neutral. $\rightarrow$ The number of protons and electrons are the same.

In chemistry, we denote substances with their symbols accompanied by various information about the number of protons, electrons and neutrons. For instance, $^{a}_{b}X$ means that the atom X has: