Macromolecules are extremely large molecules which contains thousands of atoms in each molecules. Examples of macromolecule: Diamond, Graphite, Silica, Poly(ethene) 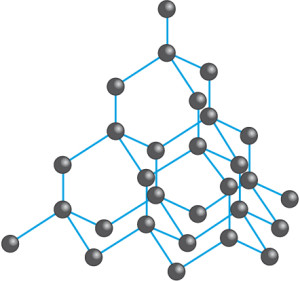 Due to its hardness, diamond is suitable to be used for cutting other hard substances.